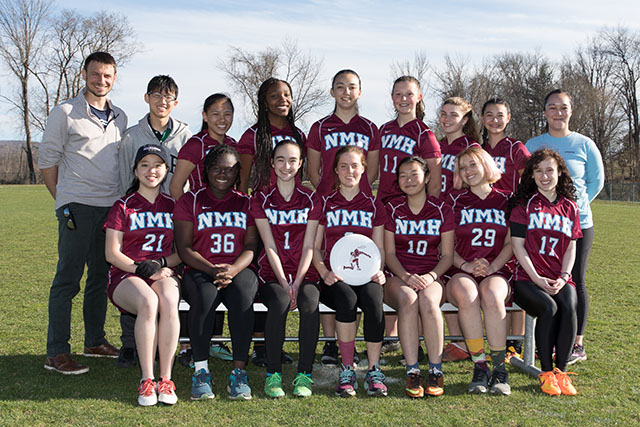 While NMH has had a coeducational Ultimate team for decades, the girls' team began in 2006. We have had many successful seasons since then. In 2016 we won first place in three tournaments: The NMH Girls Tournament here in Gill, Massachusetts, The Capital City Classic, in Montpelier, Vermont, and the Four Rivers Tournament in Greenfield, Massachusetts.

We are very proud that the sport of Ultimate was born on the NMH campus during summer school in 1968. Western New England is a hotbed of Ultimate activity; we have many local games and we host a tournament every year.