Program
Located in northwestern Massachusetts just minutes from Vermont and New Hampshire, Northfield Mount Hermon School is ideally situated to provide a strong alpine skiing program together with one of the nation’s top college-preparatory academic programs. NMH alpine skiing provides an ideal balance between high level, competitive ski racing and a rigorous academic program that stands among the best in the nation's college preparatory schools. We enable academically motivated students with a passion for ski racing to develop both of these interests, through a strong ski program that features both interscholastic and USSS racing. We have won three New England championships, and as one of very few traditional college preparatory secondary schools that offer a USSS race program, we fully support students who wish to pursue higher level competition through weekend races.

At NMH the academic program is clearly the first priority, yet our program allows alpine ski racers a chance to compete at high levels while maintaining an appropriate balance between skiing and academics. There is a long tradition of excellence within the ski program at NMH, and we consistently remain one of the best among New England independent schools.

League races are held at Berkshire East Ski Area in Charlemont, which is NMH’s home training site. Towards the conclusion of the MISL season, NMH sends a select team of boys and girls to the New England Prep School Alpine Skiing Championships (class A) where they compete against the best racers in eastern independent schools.

Recent Success
The boys and girls have consistently been among the very best teams in the MISL and NEPSAC over the past several decades. Both the girls’ and boys’ teams consistently distinguish themselves through their exceptional work ethic, sportsmanship, teamwork, and competition achievements.

2020 Season Highlights
The girls won their league championship title for the eighth straight year in 2020, and they were third of 11 teams at the New England class A championships. This marks the ninth consecutive year the team has earned a top-five finish in the NEPSAC championships. They completed the season with a record of 35-8-1. Since 2010, the girls have accrued an 88% win ratio with a combined record of 375-49-2 in interscholastic competition.

The boys were the #2 team in the league as they wrapped up the season with a 34-16-2 overall record, 19-5 in league. Two years ago we had the most successful season in team history, in 2018, when the NMH boys' alpine team was undefeated in both MISL and NEPSAC championship races, as MISL and New England class A champions, with a perfect record of 57-0. They have finished #1 or #2 in the league for 11 of the past 12 years, they have won three New England championships since 2003, and they finished in the top-3 in New England in two of the past three seasons.

Several team members finished with top-10 individual rankings in their league and at New Englands, and multiple racers headed to postseason USSS competition, regional elite events featuring the best alpine racers from throughout the east. In fact, in our entire Tri-State region in 2019, only four girls earned selection to USSS U16 Championships, and two of them were NMH racers.

USSA Competition
In addition to interscholastic racing, NMH offers its ski racers the opportunity to compete independently in races sanctioned by the Eastern Division of U.S. Ski & Snowboard (formerly USSA). Through these races, NMH athletes have a chance to compete at a higher level, and to race against some of the best junior racers at the regional and national level. NMH fully supports these initiatives, providing transportation and coaching for these events. As part of our plan for athlete development, all members of the team are encouraged to consider participating in the weekend USSS races, which are, of course, entirely optional. We typically travel to USSS races every weekend, competing primarily in the Tri-State Alpine Racing Association of USSS. We also travel to some races in VT and NH.  A few of our racers have entered regional FIS competitions as well.

Every year, NMH has the distinction of qualifying several team members to USSS postseason events. We typically qualify between five and eight team members to these elite events each year. Our USSS program distinguishes us among boarding schools with skiing programs. Very few traditional, academically rigorous college preparatory schools offer a fully-supported USSS program in combination with an interscholastic ski team, and we proudly offer both.

Training
We train at Berkshire East four days a week, and combine slalom and giant slalom training with on-campus strength & conditioning workouts. We have first-class training, including full-length GS on a consistently excellent surface. Berkshire East is widely regarded as the best ski racing venue in southern New England. Video analysis is also a standard component of our training program - we take video during practice, then immediately transfer it to a tablet which the kids view on the bus ride back to campus. We also have a wireless timing system that we regularly use to time training runs. Finally, we offer preseason training camps in Colorado in November.

NMH’s academic schedule permits the alpine ski team to get more training time than most of our peer schools, without making any sacrifices to the academic program of the School. After students finish their academic courses they can turn their attention to ski practice, leaving campus at 2:00 and returning before dinner. One of the greatest strengths of the NMH ski program is that our students receive a substantial amount of training time, yet our academic standards are never sacrificed.

At Northfield Mount Hermon, we offer a top-quality alpine skiing program coupled with a strong college-preparatory curriculum. NMH is among the finest independent secondary schools in the nation and we firmly believe that we have the proper balance of academic and athletic attention.

Recruiting
The coaching staff is excited to get to know you! Please fill out this athletic questionnaire to learn more. 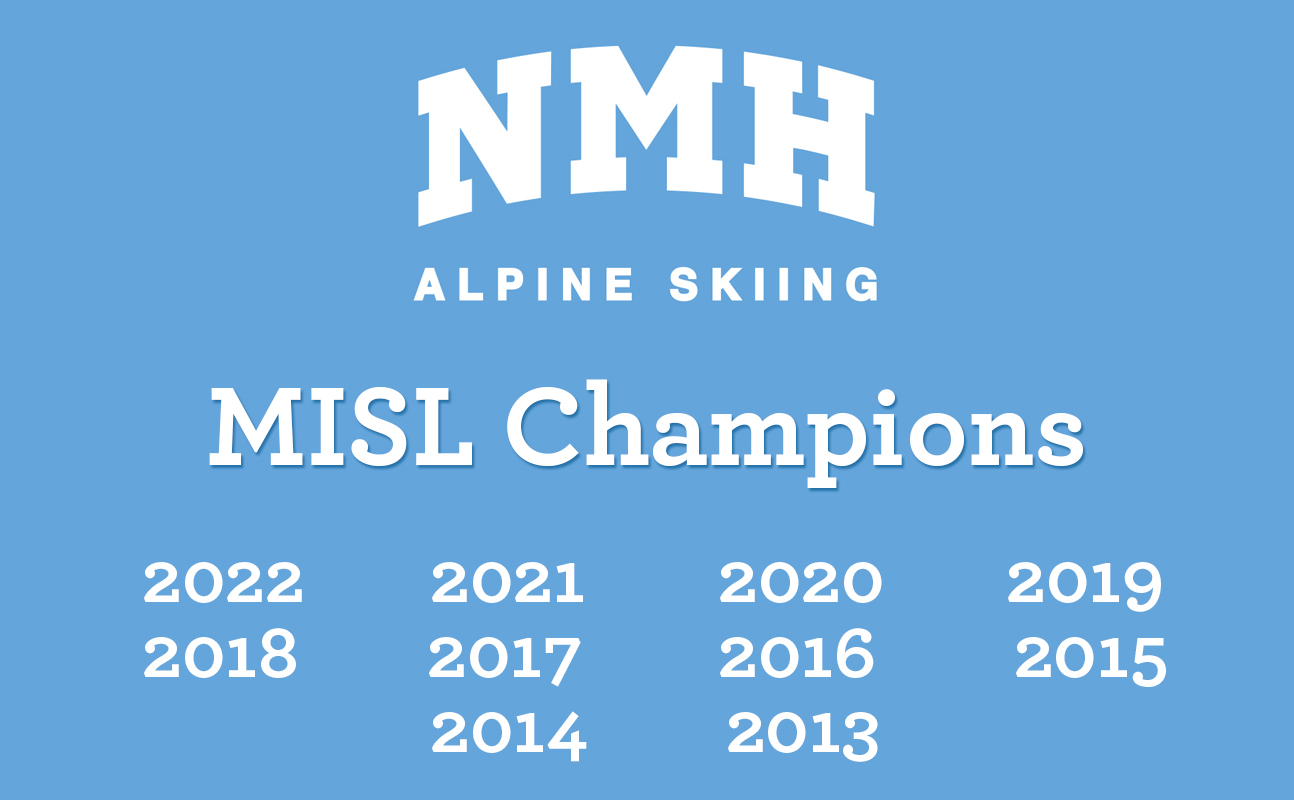