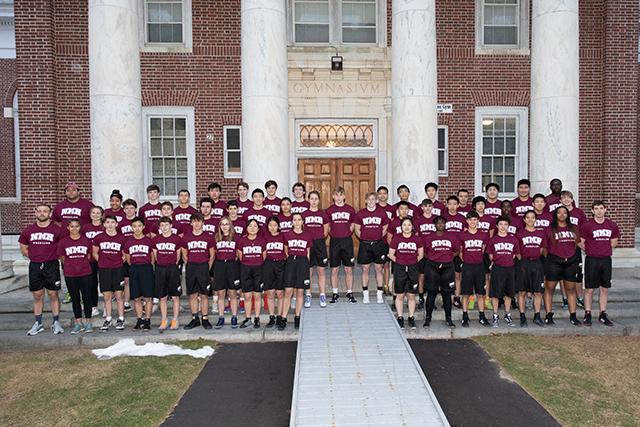 NMH competes in the Class A wrestling league, one of the four leagues that make up the New England Preparatory School Association. The Class A league is generally regarded as the top prep league in New England and includes Exeter, Andover, Deerfield, Loomis Chaffee, Tabor, Choate, and Wilbraham and Monson. The top four placers in each weight in the Class A tournament qualify for the New England Championships.

NMH has won the last four Class A tournaments and has brought home five of the last six NEPSAC championships. In 2011, NMH placed fifth nationally, the highest of any New England school in the history of Prep Nationals. In 2013, NMH placed seventh. Over the past three seasons, five NMH wrestlers have earned All-American status.

The varsity wrestling team has a high quality, collegiate style schedule. Varsity wrestlers compete in tournaments around the region, traveling to Pennsylvania, Maryland and Delaware to find the toughest matches. This is integral to our success year after year, and helps prepares athletes who want to compete at the next level.

That being said, the wrestling roster represents a mix of students new to the sport, students who have learned the sport at NMH, students with wrestling experience prior to NMH, and a few outstanding postgraduate wrestlers. No one is cut from the sport and there is a full junior varsity schedule highlighted by the annual JV New England Tournament. In other words, we maintain very high standards for our wrestlers, and support them every inch of the way to give them what they need to succeed.