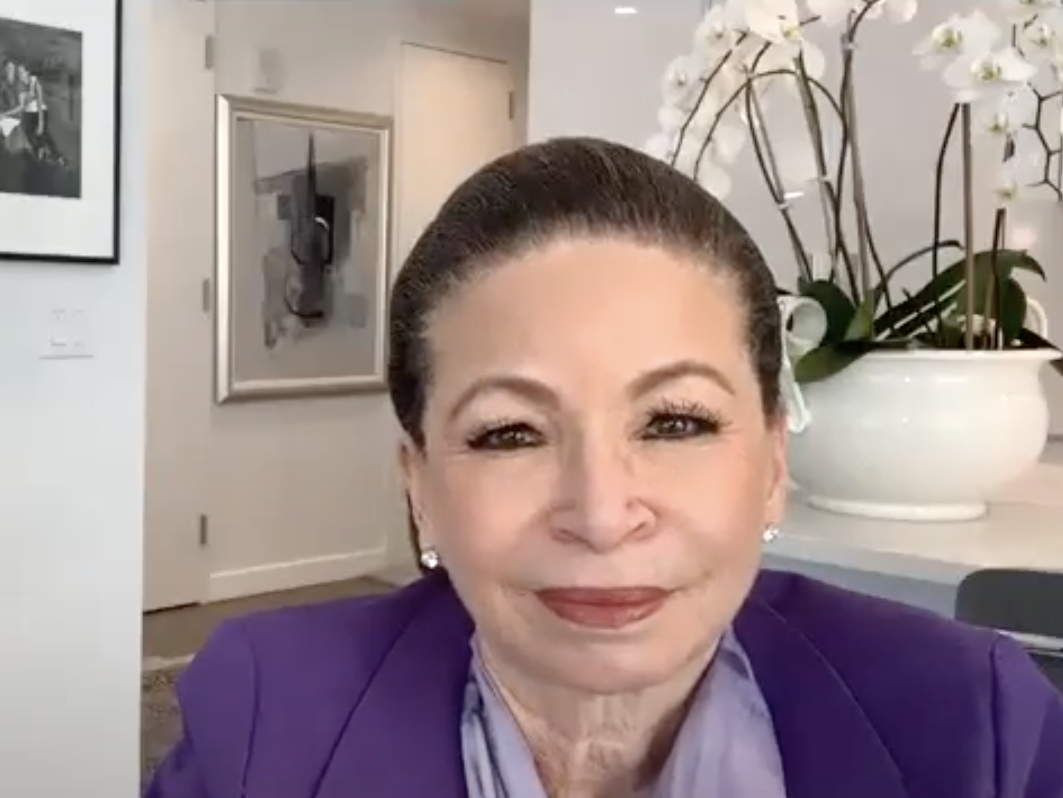 “What Do You Care About Today? Work on That.”

April 29, 2021 — Be curious. Open your heart. Allow yourself to change your mind. Be nimble. Be flexible. Take advantage of opportunities that seem way outside your comfort zone. Be a force for good.

When Valerie Jarrett ’74 spoke with NMH students on Zoom this week, the life lessons flowed with every sentence, carrying the weight and influence of a longtime government official who has had the ear of a U.S. president for more than 30 years.

Jarrett served eight years in the White House as senior advisor to President Barack Obama — a longtime friend — and also as assistant to the president for public engagement and intergovernmental affairs. That was after working for two Chicago mayors, and as commissioner of Chicago’s department of planning and development and chair of the Chicago Transit Board. Previously, she’d been a lawyer at a “big fancy firm” in Chicago, which was part of her self-assigned 10-year plan after college. Not part of the plan was the fact that she was miserable. A friend suggested she “do something purposeful” with her life — that she could use her skills to “be part of something bigger than [her]self.” Jarrett took a government job with Harold Washington, the first Black mayor of Chicago, and never looked back.

But it was an NMH teacher who, years earlier, had first advised Jarrett to think beyond what she thought she could or should do. “She told me to go to the biggest pond possible and learn to swim in the deep end,” Jarrett recalled. “I was shy and introspective, and she said, ‘Just throw yourself out there.’” Jarrett heeded this advice, heading off to Stanford and then law school at the University of Michigan.

Currently, she is president of the Obama Foundation, charged with helping create “a platform to teach the next generation the skills to be compassionate, inclusive, responsible leaders — not to tell you what to do, but to give you the best practices on how to do it,” Jarrett told her NMH audience. She urged the students to take seriously their emerging roles as citizens and community members. “At some point in your career, commit to public service, either as a volunteer giving back to your local community, or by joining the government,” she advised. “And vote for people you think will be noble. If you think there’s no one around who can be noble, then you do it.”

In between the pieces of big-picture advice, Jarrett recalled her days at NMH, where she and several of her cousins were following in the footsteps of her mother, who had graduated from the Northfield School for Girls in 1946. NMH was where Jarrett experienced numerous firsts: meeting people from around the world, developing academic interests (anthropology), and getting dumped by a boyfriend for the first time. “I ran into him about six years ago, when I was in the White House — there is no better revenge than success!” she said with a laugh. But it was living and studying with people 24-7 that she remembered most.“The conversations we used to have after dinner sitting around the table for hours — it was just so interesting and stimulating,” she said.

Today, Jarrett is also the author of the memoir Finding My Voice, and she chairs the board of directors of Civic Nation, a nonprofit umbrella organization that’s home to initiatives such When We All Vote, United State of Women, and ALL IN Campus Democracy Challenge. Civic Nation grew out of the Obama administration, and the organization’s public engagement goals feed Jarrett’s soul. After leaving the White House, she would wake up every morning and say to herself, “What do you care about most today? Go work on that.” She urged NMH students to do the same. “Listen to the most important voice,” she said. “That’s the quiet one inside of you.”