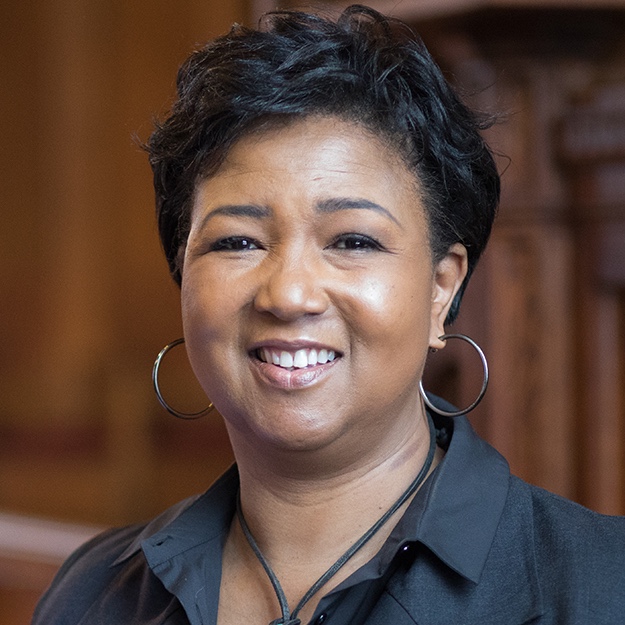 Jan. 31, 2019 — “Time is an irreplaceable commodity — limited, but full of possibilities,” Dr. Mae Jemison told the NMH community during her Martin Luther King Jr. Week keynote address. “What do you intend to be? You decide, then work on it every day.”

Jemison, a former NASA astronaut, was the first woman of color in space. She is also the founder and president of two medical technology companies, and head of 100 Year Starship, a nonprofit that aims to make human travel beyond our solar system a reality within the next century. 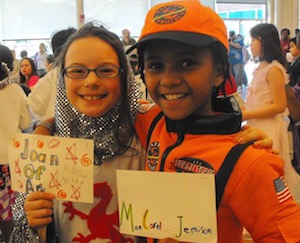 Jemison’s visit held special significance for Mia Flowers ’19, who introduced her. As a third-grader, Flowers wore a homemade “space suit” to appear as Jemison at her school’s dress-like-your-historical-hero day. “Dr. Jemison was definitely my childhood inspiration,” Flowers says. “I have been interested in space and space exploration since my childhood. I even went to astronomy camp.”

Having accomplished a lot in her own life, Jemison encouraged her young audience to consider what they might accomplish. “Think about what’s important to you, how you want explore,” she said. “You can do much more than people think you can or will offer to let you do,” she said. “Don’t doubt. Dare. Put yourself out there. Daring makes a difference.”

Jemison grew up in Alabama during the 1960s, and remembers Dr. Martin Luther King Jr. leading the “nonviolent but not passive” civil-rights movement that brought major changes to American society. To fulfill King’s legacy, she said, each of us needs “to acknowledge, develop, and use our skills and talents to effect positive change in the world. We can’t make his dream come true if we’re asleep,” she said. “We have to be fully awake. Woke.”

Jemison underlined the need for diversity in STEM fields and the importance of science itself. “Scientists get to choose the topics that get worked on, decide which data get used or rejected, and determine how solutions get measured,” she said. 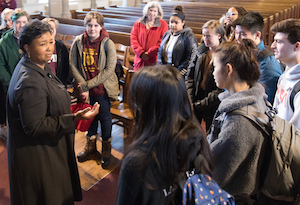 Then Jemison laid out her vision of interstellar space exploration: human travel to beyond our solar system within 100 years. A likely goal would be Alpha Centauri since, at 25 trillion miles, it is the star closest to Earth. “The extreme nature of hurdles to interstellar travel requires that we rethink what we know,” she conceded, presenting her audience with a laundry list of technological innovations that would be required to make long space voyages possible. “The issue isn’t about science, it’s about how we use our knowledge, capabilities, and tools,” she said. “We have an insufficiently deep appreciation of what connects us across space and time. If we see ourselves as part of the same planet, we can move forward.”

Jemison’s visit to NMH was sponsored by Science for the 21st Century Speaker Fund.

See photos, and video clips, from Jemison's visit to NMH.