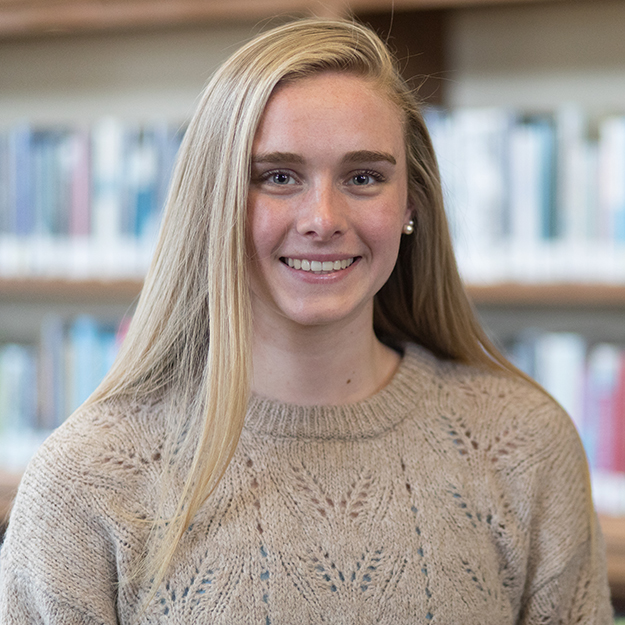 “Silke didn’t come to NMH as a star, but she is leaving as one,” Grace Rehnquist, head coach of girls’ varsity basketball, says of senior Silke Milliman. “Her dedication to hard work, commitment to standards, and relentless effort will put her down in our record books as one of, if not the best, players ever in our girls’ basketball program.”

Despite being an athletics star, Silke chose NMH for its “good balance of academics and athletics. I wanted a place where I wouldn’t be only a basketball player.” NMH’s college-model academic schedule drew Silke in. “You take just three 80-minute classes a day, so you get much more out of each one than if you were taking five or six at once,” she says. “And teachers here are really focused on each student’s success and invested in knowing us as individuals.”

Silke prefers sciences, although she’s also enjoyed courses such as American Literature, Creative Writing, and her first-ever art class, Intensive Studio. One of her paintings was selected for the annual student art exhibition. “And at NMH, I discovered I really liked math,” she says. “Calculus made me realize all that I could do by relating math to the real world.” Silke took twice the standard number of math courses and now plans to pursue a math-related major at the University of Pennsylvania, where she’ll also play basketball.)

Much of the 6’2” forward’s non-class time at NMH has been spent on the court, where the team practices every single night, winter, fall, and spring. This year, she averaged 20 points a game and led the team to its best season ever (a 21–3 record). ESPN put her on its list of the top 100 girls’ basketball recruiting prospects. She wears a T-shirt reading “Basketball New England 8 Champions” with pride.

“At my previous school, I was known as ‘that freshman girl who’s good at basketball.’ Here, I realized I could do many different things,” including representing the NMH admission office as a student ambassador, guiding younger students as a Resident Leader,  and becoming a top high-jumper and javelin-thrower on NMH’s track team. “There’s time do what I love, and I can be myself,” Milliman says. “NMH isn’t trying to make me into a different person, but into the best version of myself.”