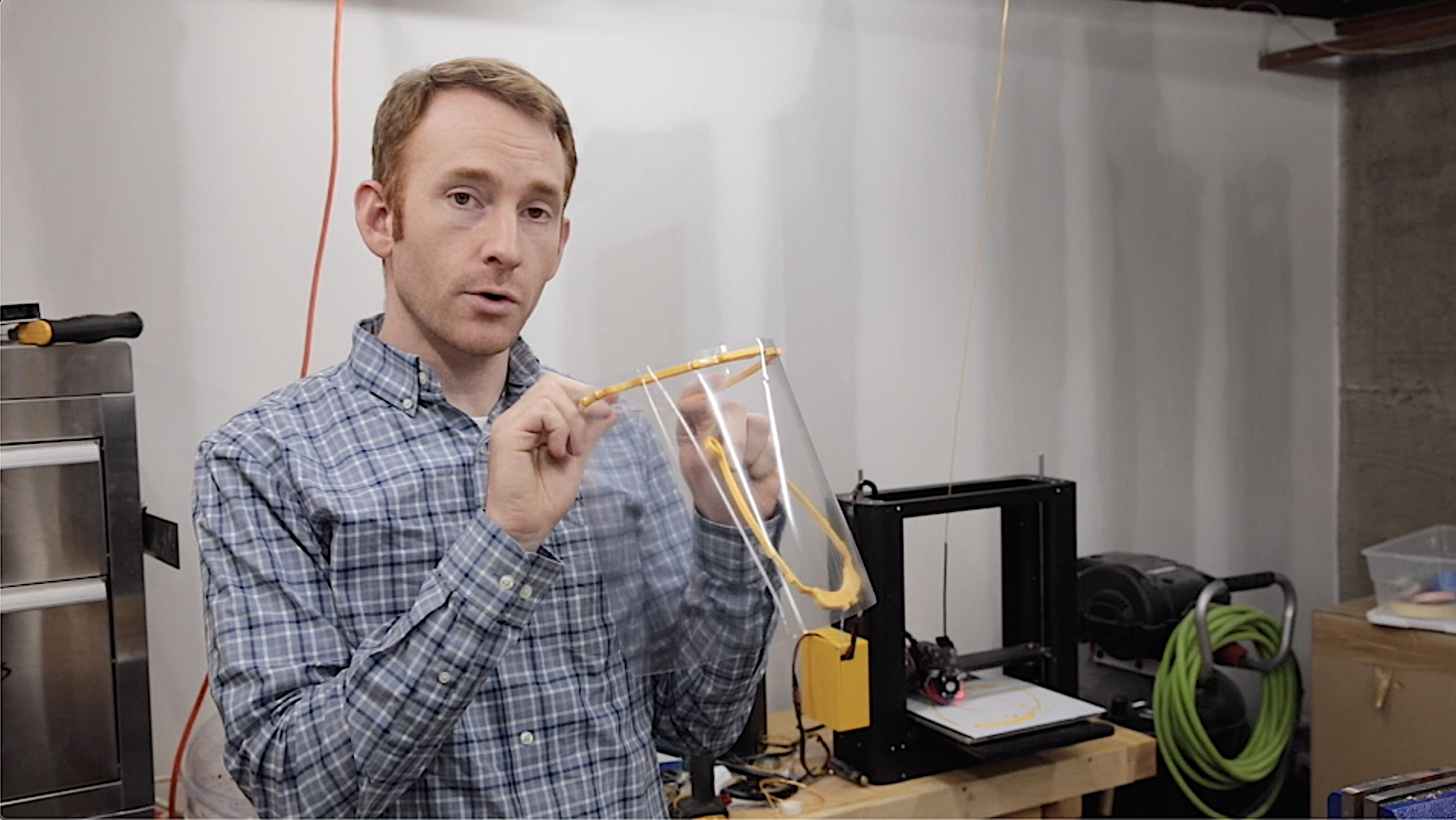 Making Face Shields for Doctors, and Bettering Their Odds

April 14, 2020 — Math and computer science teacher David Warren is like most of us. He’s trying to do his job, take care of his family, and figure out a way to help people who are struggling more than he is as a result of COVID-19.

People like his brother, who is a family medicine physician in Wichita, Kansas, with a specialty in addiction medicine. Warren’s brother treats patients at a methadone clinic that, until recently, without a supply of protective face shields. Warren said, “His patients are one of the most vulnerable populations right now because they may have lost their jobs, their income, and they need to go to the clinic every day, even if they have COVID-19, or they could fall back into heroin.”

Warren got worried about his brother, so he went online and found designs, approved by the National Institutes of Health, for do-it-yourself medical face shields. These devices are worn by health care workers to protect them from exhalations from infected patients; they have a visor-like piece of hard plastic that encircles the head, and a flexible piece of plastic that covers the face. Warren, who helps run NMH’s Science Club and Makerspace, knew he could make the headgear on his own 3D printer, attach transparency sheets or pieces of acetate as the face covering, and offer his brother and his brother’s colleagues a little protection. “Even if he has to give treatments to people in their cars, he can wear one of these shields and be close to them with the window down,” Warren said.

Warren put out a call to fellow NMH employees for transparency sheets and within hours had hundreds of donations. He fired up his 3D printer and made 50 reusable visors in a weekend, with each one taking about an hour to print and costing him roughly 90 cents. “This is simple stuff,” Warren said. “It’s kind of mind-boggling that this is one of the things that the United States doesn’t have enough of right now.”

Warren shipped the face shields off to Kansas, where his brother was predicting the worst of the outbreak would hit in late April. Warren then turned his attention to making face shields for doctors closer to home at Baystate Franklin Medical Center in Greenfield, Massachusetts. Warren said, “If I can do some small thing with my 3D printer to try and make their odds a little better, why wouldn’t I?”