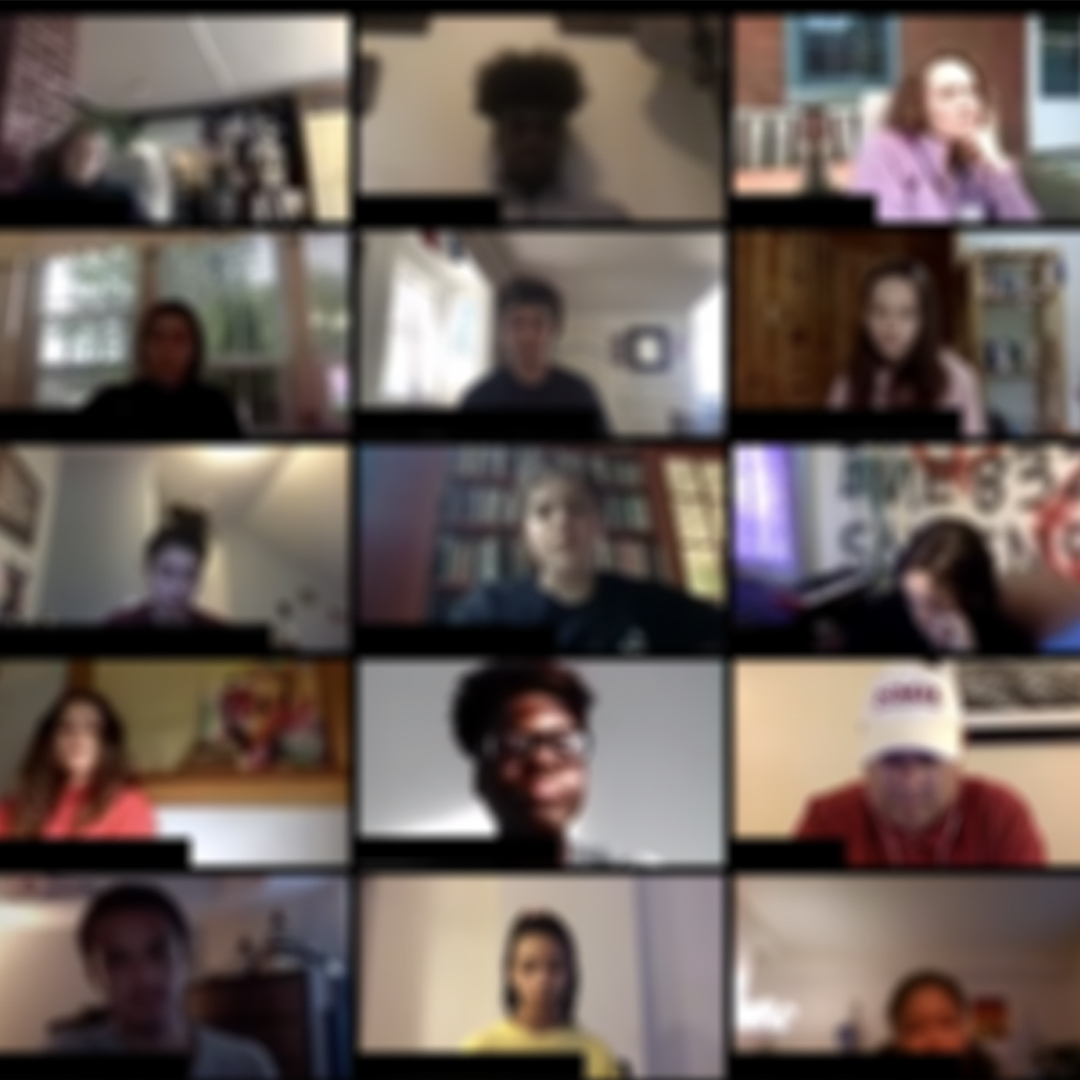 June 6, 2020 — It has happened before: Somewhere in the U.S., a black man is killed in police custody. Reaction at NMH mirrors the rest of the country — fury and grief, followed by questions, demands, and discussion.

But when George Floyd was killed in Minneapolis on Memorial Day, NMH was not in session, so the school’s discussions have begun to take place online. The first one happened on Zoom nine days after Floyd died: a student “town hall” planned by rising seniors with support from NMH’s Office of Multicultural Affairs. “This is an imperfect attempt to gather as a community,” Dean of Equity and Social Justice Martha Neubert told more than 100 people who joined the meeting from computer screens around the world.

Yet it was a necessary attempt, and a welcome one. It was a response, in part, to a letter that students sent to Head of School Brian Hargrove a week after Floyd’s death, calling for action and help from the school. “NMH continues to be responsible for supporting us and providing education for us in times of unrest whether we’re on campus or not,” the letter stated.

Hargrove had already reached out to faculty, staff, and students, reflecting “on this moment in the life of our nation, the injustices we must confront with clarity and purpose, and how we might hold one another closer.” He and other administrators had begun considering how students and employees could meet to process the issues and events surrounding Floyd’s death and the subsequent protests. Yet the students’ letter, written by Sydney duKor-Jackson ’21 and signed by more than 80 others, crystallized the urgency that many in the community were feeling.

“Students have borne the weight of relentless news stories, graphic video after graphic video, the threat of physical violence, and, for black and brown students, a constant reminder that in the world we live in, our lives may be taken from us at any minute for nothing more than being black in America,” the letter stated.

The student town hall lasted an hour. People commented on the protests continuing across the country, on the Black Lives Matter movement, and on how NMH can raise awareness and better support people of color. One student suggested that “if you’re not being a part of these conversations about the black and brown community and attempting to address your own privilege, then you’re not being a true ally — and if you don’t know where to start, it’s never a bad idea to ask, as long as you’re doing so respectfully, and with good intentions at heart,” she said.

Hargrove spoke briefly as the town hall began, but mostly he listened to the students’ questions and concerns. “I want to thank you for calling our school out and challenging us to be our best selves,” he said. “We hear you and we see you … I understand why you expect us — as the adults, as the head of school — to lead the way. I’m prepared to do that.” In addition to the student town hall, a similar gathering for faculty took place two days later, and planning is underway for other NMH community meetings over the summer. The student town hall initiative, Hargrove said, “called attention to NMH’s commitment to social justice, citizenship, and taking on the hard questions together.”

As she helped start the town hall, duKor-Jackson did just that, asking the school to re-examine its policies “both in response to current events and also to re-evaluate the systems the school has in place to support students, particularly students of color, and also to educate students,” she said. “We need institutional change.”