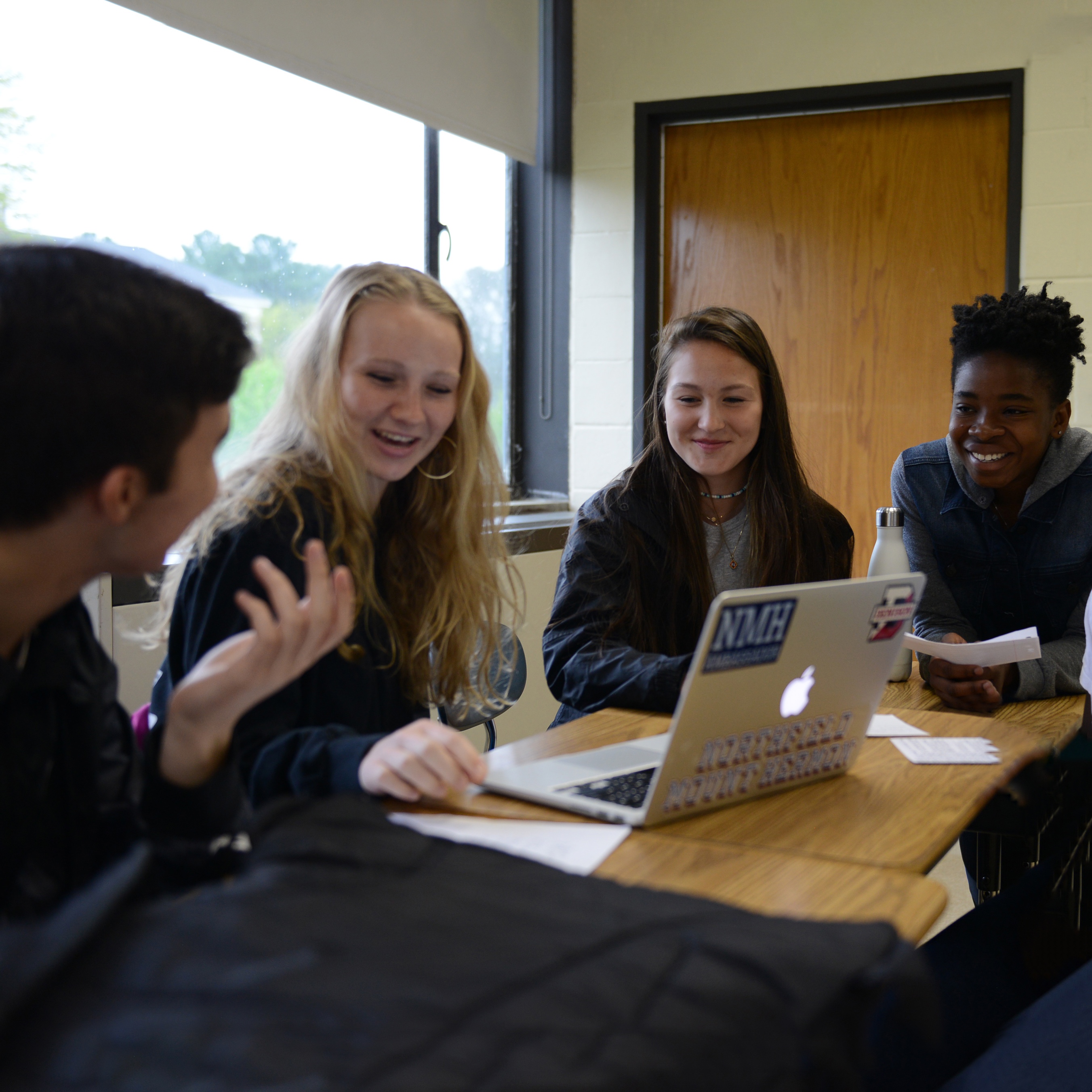 May 16, 2019 — In a cartoon showing two hogs in a barnyard, one asks the other, “Have you filled out your organ donor card yet?” Beside them, a farmer reads a newspaper headline about transplanting pig organs into humans.

“Why is this funny, and what is the ethical issue here?” religious studies and philosophy teacher Jennifer Keator asks her Bioethics students. “Pigs can’t give informed consent,” one answers, zeroing in on the issue. Today’s class is about the history, methods, and moral considerations of xenotransplantation — the process of transplanting cells, tissues, or organs from one species to another.

The class has also discussed eugenics, reproductive technologies, euthanasia, cloning, and conscientious objection in the medical profession, among other issues.

Today, Keator traces the history of animal-to-human transplants from failed attempts in the early 1900s to current techniques that prolong human lives, though often at the expense of animal lives. She asks rapid-fire questions: “Why is xenotransplantation important? Why use baboons, chimps, and pigs? Is transplanting a heart ethically different from transplanting a kidney or liver?

“Bioethics has changed the way that I think,” says Celia Begonia ’20. “It’s been fascinating to have class discussions because when I think one thing, someone from a culture different from mine thinks another thing. Once I hear what they have to say, it makes me think more.”

Science teacher Craig Hefner, who co-teaches the class, provides biological background that help students weigh the pros and cons of transplantation. The discussion includes both fact-based questions — how long do patients live after transplants? — and moral ones — is there a difference between breeding animals for food and raising them for transplantation parts?

“In Bioethics, I have learned that there is more to a specific issue than just the concrete facts,” says Ean Small ’19. “There are many underlying aspects that may influence the outcome.” 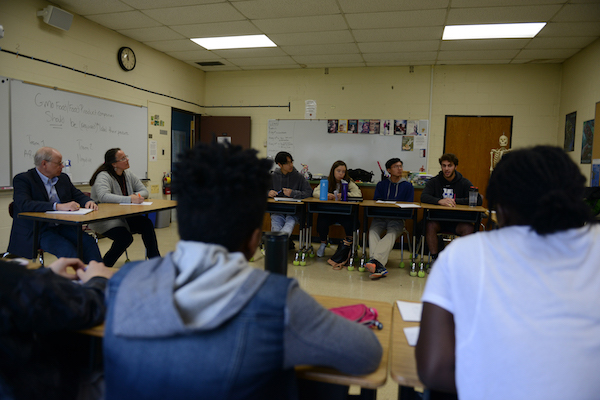 Halfway through class, Hefner takes the lead to explore public-policy implications. One part of the final exam, he says, will be to write policy recommendations about how far society should go with xenotransplantation, and why.

Policy considerations are the practical side of bioethics. The students struggle to list how governments regulate human and animal biology. The alphabet soup of U.S. government agencies — the EPA, USDA, CDC, NIH, OSHA, etc. — isn’t common knowledge to many in the class, since it’s a particularly international group of students.

But they do react readily to video clips of Presidents Trump and Reagan proposing fewer government regulations. “What’s their point?” Hefner asks. “It’s a balancing act to keep people healthy and safe without requiring regulations that are unnecessarily onerous,” he later suggests. Students weigh evidence for and against regulations, such as excerpts from Upton Sinclair’s famous eposé The Jungle that demonstrate how prevalent contaminated food used to be before production was highly regulated, and also the detailed statements about drugs’ side effects that are mandated in TV commercials.

“We hope students will become critical thinkers about issues of ethics and biotechnology in a way that enables them, if they choose, to become active in policy making in the future,” says Keator.