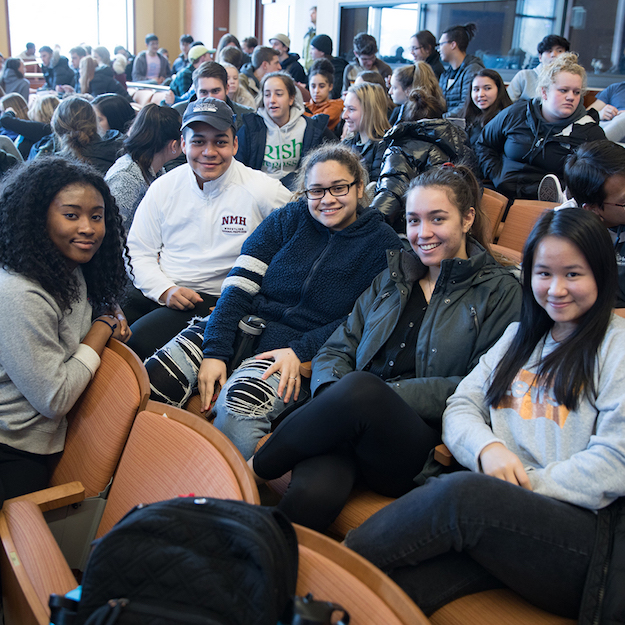 Martha Neubert, dean of equity and social justice, and the Office of Multicultural Affairs have organized the film viewing and discussions for the campus community.

Tenth-graders will view The Look of Silence, Joshua Oppenheimer's film about breaking 50 years of silence after the Indonesian genocide.

Eleventh-graders will see I Am Not Your Negro. Director Raoul Peck envisions the book James Baldwin never finished, a radical narration about race in America, using the writer's original words.

Twelfth-graders will watch The Central Park Five. Director Ken Burns tells the story of the five black and Latino teenagers from Harlem who were wrongly convicted of raping a white woman in the Central Park Jogger case.

“NMH is a place that strives to engage in especially difficult conversations, and Keys Day presents one such moment in which we have the opportunity to explore aspects of our own and others' identities,” says Neubert. “We come together to think about who we are, how we've come to be, what we might learn from others, and how we each can contribute to moving NMH ever forward.”

The event is named for Lydia Emma Keys, who graduated with Northfield’s first class in 1884. Keys (at top left in photo) was from the Oklahoma territory and a full member of the Cherokee Indian tribe. Read more about Keys, who exemplifies NMH’s long history of being a diverse and inclusive school.