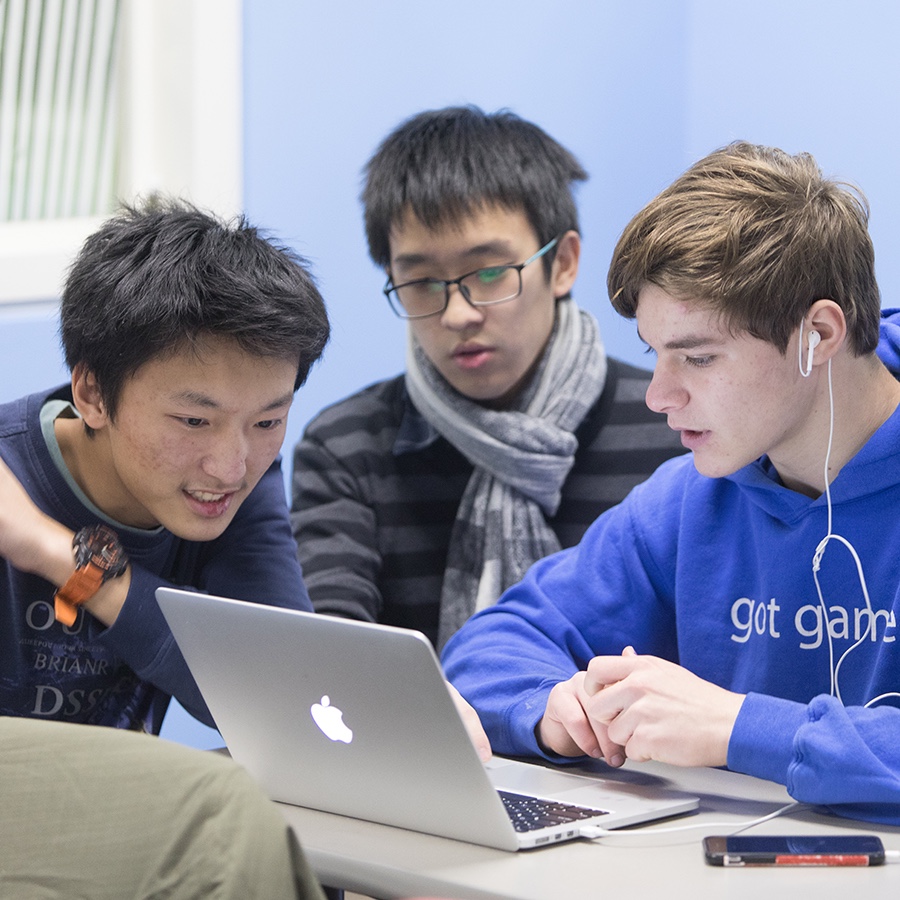 The team of juniors Billy Bao and Maggie Cheng walked away from the 24-team competition with first-place honors! It was the second year that NMH won the regional matchup, and the second time Bao emerged a champion.

Competitive coding requires not only computer skills, but also the ability to size up a problem and to code its solution quickly. Bao and Cheng alternated questions, each focusing on one problem while the other team member drafted possible approaches to the next problem. “We worked really effectively this way, and I believe this strategy helped us a long way toward our victory,” Bao said.

The challenges included problems such as “Generate all palindromes (sequences that read the same backward as forward) of given size n made of 0’s and 1’s only” and “The program generates 10 random digits (0–9). Find the number with its second appearance (duplicate) that shows up soonest in the array.” And in this contest, coding teams worked against the clock as well as against one another.

“As a female, the most important factor for my success was gaining the confidence to compete,” said Cheng. “It can be intimidating to walk into competitions that are male dominated. But my amazing AP Computer Science teacher, David Warren, ensures that not only is the classroom inclusive for females, but also that we flourish. Winning this regional competition made me feel validated.”

NMH coding enthusiasts of all skill levels can join the Coding Club. Co-leader Garcia Lu ’19 says it’s not only about competitive coding. Club members’ projects have included creating web and mobile applications, e-commerce sites, Flash games, and even a simple “chatbot.” Henry Wu ’19 has been working on a convolutional neural network that, he hopes, will be able to recognize the content of images. He says his favorite part of Coding Club is “the freedom to work on any project you want, with whoever you want.”

“The main purpose is to have fun, but the club is also a space where people with different levels of expertise can consult each other for mutual learning,” Lu explains. “Most members know a coding language or two, and collectively, club members know at least 10 languages.”

Sometimes, though, English is all that’s needed to describe coders’ enthusiasm. The recent competition’s slogan was “I code, therefore I am.”

Pictured: Members of the Coding Club at an earlier practice session.