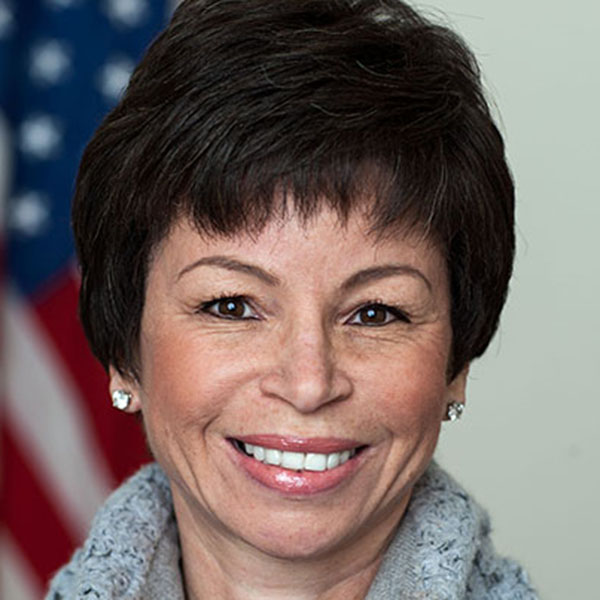 April 19, 2016 — Valerie B. Jarrett ’74, senior advisor to President Barack Obama, will give the 2016 Commencement address at Northfield Mount Hermon on Sunday, May 22. A 1974 graduate of NMH, Jarrett oversees the Offices of Public Engagement and Intergovernmental Affairs and chairs the White House Council on Women and Girls.

“We look forward to welcoming back to NMH an alumna with such a distinguished record of public service,” said Peter Fayroian, NMH head of school. ”As President Obama’s longest-serving senior advisor, Ms. Jarrett has been an active participant in some of the most historic events of the last eight years. I am so delighted that our students will have a chance to hear her speak before they set off from NMH to make their own mark on the world.”

Jarrett has been an informal mentor and confidant to Barack and Michelle Obama for 25 years, making the transition from mentor to senior advisor when Obama was elected president. As a White House insider, she is often “one of the four or five people in the room with [the president] when decisions get made,” as Democratic strategist Anita Dunn put it in a 2009 New York Times article about Jarrett.

Before joining the White House staff, she served as chief executive officer of The Habitat Company in Chicago, chairman of the Chicago Transit Board, commissioner of Planning and Development, and deputy chief of staff for Chicago Mayor Richard M. Daley. She holds degrees from Stanford University and a J.D. from University of Michigan Law School.

At the White House, Jarrett has — as she likes to say — “put [herself] in the path of lightning,” mobilizing elected officials, business and community leaders, and diverse groups of advocates behind efforts to strengthen and improve access to the middle class, boost American businesses and our economy, and to champion equality and opportunity for all Americans. She has, for instance, worked to end sexual assault, raise the minimum wage, advocate family-friendly workplace policies, reform our criminal justice system, improve the quality and accessibility of our education system, and promote entrepreneurship and innovation.

Since 2009, Ms. Jarrett has been chair of the first White House Council on Women and Girls. As she wrote recently in the Huffington Post, “... Let’s remind ourselves that it is a powerful time to be a woman. We now do it all, from CEOs, to scientists, teachers, mothers, small business owners, elected officials, activists, and volunteers. And so many women and men are uniting behind the belief that, both individually and collectively, today we will change tomorrow.”

Although commencement is only open to students, staff, faculty, and invited guests, a video of Jarrett’s address will be made available on the website in the days following the event.