Proud to Say the F-Word (Feminism) 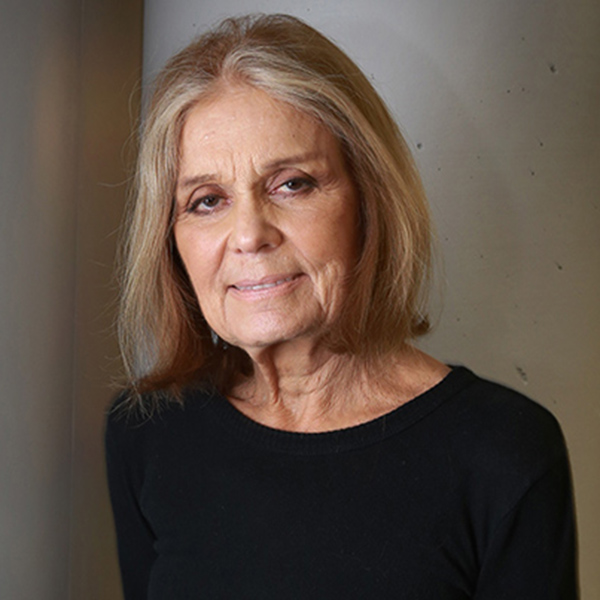 March 31, 2016 — Political activist and feminist leader Gloria Steinem brought a simple but powerful message to the NMH campus on March 29: “None of us is being treated fairly if we’re not all being treated equally.”

It was a familiar theme from the woman who cofounded Ms. magazine in 1972 and many organizations since, all of which advocate gender equality. For many, Steinem remains the public face of 20th -century feminism. The Presidential Medal of Freedom honoree spent her day at NMH interacting with students in classes and other small groups before giving an evening address to the entire school. Her visit was supported by the Jacqueline Smethurst Series.

Listen more than you talk.

When Steinem had a question-and-answer session with students from history and literature courses, the discussion ranged widely, encompassing prisons, Bella Abzug, abortion rights, sex trafficking, and the invention of lacrosse, as well as race, class, and gender.

The word “listen” figured prominently in the conversation. “If you’re in a group that has power, remember to listen as much as you talk,” she advised. “And if you’re part of a group with less power, talk as much as you listen.” Emily Jacobson ’16 asked Steinem how Western women can advocate for feminism in places such as Saudi Arabia, where many don’t embrace the concept. Steinem replied, “Listen even to the people who won’t listen to you; listen, and support those women.”

Asked how young people can find their own path to feminism, Steinem replied, “Ask what’s not fair. Then say, ‘I’m going to do whatever I can about it.’ That will grow into projects and alliances, and then change.”

Steinem’s name has long been synonymous with the struggle for women’s rights. But does her message resonate with today’s teens? Do they even recognize her name?

Drew Platt ’16 had heard of Steinem before her visit, but wasn’t sure what to expect. “A lot of what she said about eliciting change through understanding other people’s issues transcends generations,” he said after spending an hour with her in class.

Allie Stamler ’16 called Steinem “an inspiration to my mother’s generation [who] has continued to illuminate both modern and historical women’s issues for mine. NMH students of all genders [should] thank her for her monumental contributions to society and equality.”

And Isabella DeHerdt ’17, who introduced Steinem at the evening event, called her “a personal hero,” and “a woman who has impacted history, the world, and every one of our lives in a way no one is going to forget.”

Taking the long view, the 82-year-old Steinem sees crucial links among human-rights issues. “Our movements have tended to grow up in silos, so we think of the civil rights movement, the feminist movement, the environmental movement, and the LGBT movement as separate,” she said. And although each once-invisible movement must declare its own independent importance, she said, “now we are ready to emphasize our interdependence. And we still talk about issues without recognizing their impact on the very diverse female half of the population.”

Much of Steinem’s evening talk echoed that theme. She tied environmentalism to overpopulation via women’s reproductive rights. Racism and sexism are “twin systems that can only be uprooted together,” she argued. Domestic violence and public violence —whether by police or random shooters — are connected by the belief that men are “born into a system that says they’re not masculine enough unless they are in control,” she said.

Spencer Wierda ’16 asked whether Steinem agreed with him that political correctness should be “dialed back so we can have a balanced society.” When he compared his situation to Steinem’s at age 19, arguing that both of them expressed views society didn’t want to hear, Steinem politely disagreed. “It isn’t the same thing,” she said. “Nobody is stopping you from talking; they’re just getting mad at you. People get mad at me too; you just have to live with it. But I support you saying what you believe.”

Throughout the day, Steinem challenged her audiences to see feminism at the heart of every important human issue. “Think of the human race as a bird with two wings,” she said. “If one is broken, the bird can’t fly.”