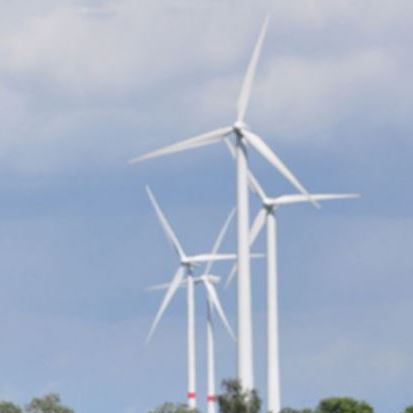 June 5, 2017 — Northfield Mount Hermon is taking a major step toward its goal of becoming a carbon-neutral campus. Starting this December, NMH will achieve net zero electricity use for at least the following three years. (NMH currently gets at least 12 percent of its power from renewable sources.)

The school has signed a contract with Renewable Choice Energy, a subsidiary of the Schneider Electric corporation, to purchase renewable energy credits that support production of energy from renewable sources such as wind, according to Rick Couture, NMH director of plant facilities. By offsetting its emissions in this way (and in others, such as planting carbon-dioxide-absorbing trees), the school’s net release of carbon dioxide into the atmosphere — for 100 percent of its electricity use — will be zero.

NMH’s strategic plan for 2020 pledges to “devote resources to sustainability projects and initiatives,” and the new electrical power agreement is just the latest step toward reducing its environmental impact. “Recognizing the importance of combatting the impacts of global warming, the school has made a significant commitment to supporting renewable power,” said Couture.

Between 2015 and 2016, NMH converted from fuel oil to biofuel to heat its buildings, which eliminated carbon emissions from that source.

There will still be some carbon impact from vehicles driven for school business, coolants used for refrigeration, and gasses produced by animals on the school’s farm. But Becca Malloy, NMH science teacher and director of sustainability, says that — even including those — the school’s overall carbon footprint will be “negligible for the size of our institutional operations.”

Although a few other schools, including Phillips Exeter and Lawrenceville, also have net zero electricity programs, Malloy says that NMH is closer to achieving full carbon neutrality than many of its peer institutions. —By Emily Weir

Learn about other sustainability initiatives at NMH.