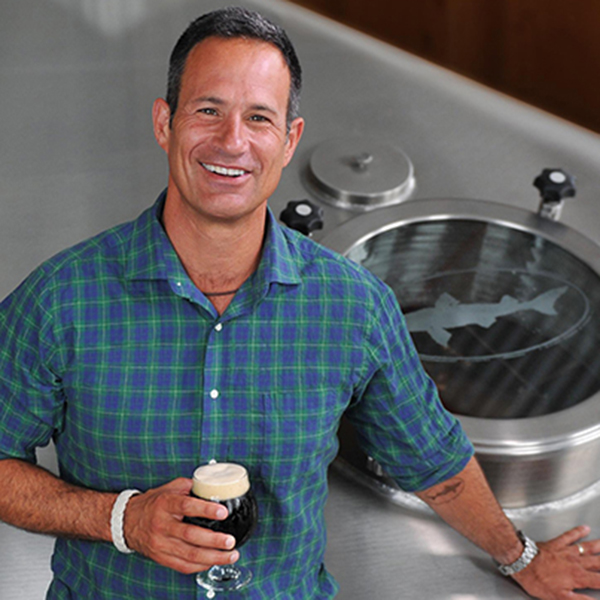 April 18, 2016 — Sam Calagione ’88, founder and president of the unconventional company Dogfish Head, will speak to the NMH community on Thursday, April 21, about “Off-Centered Leadership: Prioritizing Collaboration Over Competition in Business.”

The talk, which is a Center for Learning through Action event, starts at 7 pm in the Rhodes Room of Beveridge Hall.

When Calagione opened Dogfish Head in 1995, it was the smallest commercial brewery in America. Today Dogfish Head is among the most recognized breweries in the country.

Offbeat creativity is a key part of the company’s brand. Some of their specialty brews use unlikely ingredients such as scrapple, hazelnut flour, saffron, and lobster. One product, “Celest-jewel Ale,” was brewed with dust from actual moon rocks, and was served in space-suit koozies!

In 2011, Fast Company magazine named Calagione one of “the 100 most creative people in business,” and the Wall Street Journal referred to him as “a pioneer of bizarre brews.”

Calagione has written four books. His most recent, Off-Centered Leadership: The Dogfish Head Guide to Motivation, Collaboration, and Smart Growth, was released earlier this year.

His wife, Mariah Calagione ’89, is vice president of Dogfish Head, where she works with the marketing, web, merchandise, tour, and community teams. She is also an NMH trustee.