Couldn’t You Use a Good Book or Movie Recommendation Right Now? 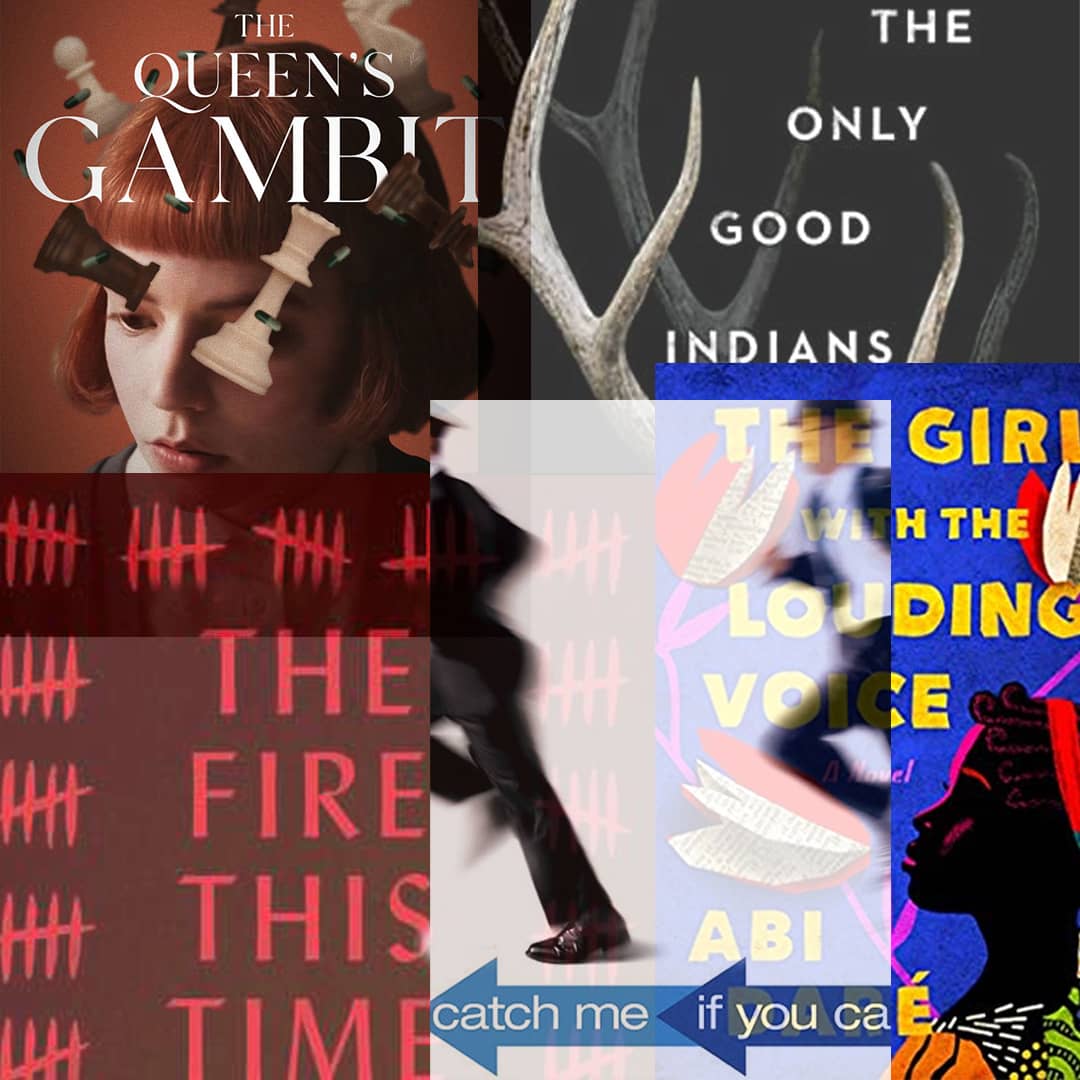 Jan. 11, 2021 — NMH students and faculty returned to classes this week. In doing so, they had to refocus their minds amid a still-raging global pandemic and with the American government in turmoil following an attack on the U.S. Capitol. But they also had to let go of all the no-holds-barred Netflix-watching and pleasure-reading that, for many of them, was a big part of their winter vacation. In the final days of the break, we checked in with a few of them to see how they’d been stimulating their brains during their time off, and they happily shared their recommendations.

Will Chuch, religious studies teacher: I just finished The Only Good Indians by Stephen Graham Jones. I’ve been trying to read more Native authors as I figure out my place as a Potawatomi, and Jones is a pretty prolific Blackfeet author. He does a great job of building suspense and fear without dipping into the usual tropes. It was enjoyable to read a book from a Native storytelling perspective, especially one that so gracefully intertwines ancient Native mythology and the living, breathing Native culture still thriving today.

Tory ’23: I watched the classic movie “Catch Me If You Can.” Afterward, I listened to Frank Abagnale’s talk at Google about his experience being an imposter, which was interesting. I have also been researching dairy-free desserts that I can make for my sister because she’s lactose intolerant. I’ve made dairy-free flan and dairy-free custard buns. They turned out a lot better than I expected!

Madeleine ’21: The last excellent book I read was Misery by Stephen King, about a sickly woman who captures her favorite author and forces him to write a book. It was very exhilarating. I was excited to read Good Girl, Bad Girl by Michael Robotham. I’ve been getting really into murder mysteries lately.

Meg Eisenhauer, English department chair: I started out with Weather by Jenny Offill. Then I picked up a few titles in a used bookshop when I was supposed to be shopping for Christmas presents for my family: Notes from No Man’s Land, a volume of essays by Eula Biss; The Fire This Time (another volume of essays), edited by Jesmyn Ward; and Isaac Asimov’s Foundation. The Foundation novels were a big deal for me when I was a kid, and I was curious to see how this one held up. In some ways, it did — Asimov is a master of world-building, and the conceptual grandeur was as bold and impressive as I remember — but in other ways it didn’t. I also read a new novel by the Nigerian author Abi Daré, The Girl with the Louding Voice, and a couple of new-to-me books about sentences: Grammar for a Full Life by Lawrence Weinstein and one that was recommended by the parent of a former student, Suppose a Sentence by Brian Dillon. As for watching, my wife and I fell into the “Bridgerton” hole, and I have no regrets.

Dillon ’21:  I’m watching “Bojack Horseman.” The writing is genius. It forces you to question yourself and your actions through the lens of Bojack, the spiraling, self-deprecating protagonist.

Chunwen ’21: I watched some movies for the first time — “The Goonies,” “Back to the Future,” “My Cousin Vinny,” “Dirty Dancing,” “Fight Club,” “The Godfather Part 2,” “Her,” “Die Hard.” I also watched “Enola Holmes” and some of “The Queen’s Gambit.” I visited MASS MoCA (Museum of Contemporary Art) in North Adams, Massachusetts — safely of course — and really enjoyed an exhibit by Ledelle Moe titled “When.” It consisted of several large concrete figures meant to memorialize the dead, and the artist specifically chose to craft the figures out of concrete because concrete is “transient,” always decaying. I also made a green bean casserole on Christmas Eve. My mom really liked it and she wants me to make it again. I now know how to use an oven!

Brania ’23: I am currently reading Crazy Rich Asians. I always wanted to find a time to read this book because I am interested in Singapore. I like it so far, and it discusses a lot of traditions as an overseas family. I am also watching “The Good Place.” It often talks about how and what is a good person.

Bill ’21: I’ve been growing interested in crime movies, whether it’s people shooting at each other, criminals stealing money in plain sight, smarties cheating the system and making money, humans defying gravity and climbing up cliffs, teenagers being cynical and standing up against social norms, or people racing a Mercedes down the highway — “Ocean’s 11,” and 12 and 13; all of James Bond and Jason Bourne; the “Mission Impossible” series; Sherlock Holmes. But I’ve also been relistening to some of Mariah’s (Carey) and Ariana’s (Grande) songs to actually pay attention to their lyrics. The artistry and sophistication in some of the songs (such as “Last Kiss” by Mariah and “Needy” by Ariana) is immaculate and touching.