Alum Scientist Zooms Into Class From the Atlantic Ocean 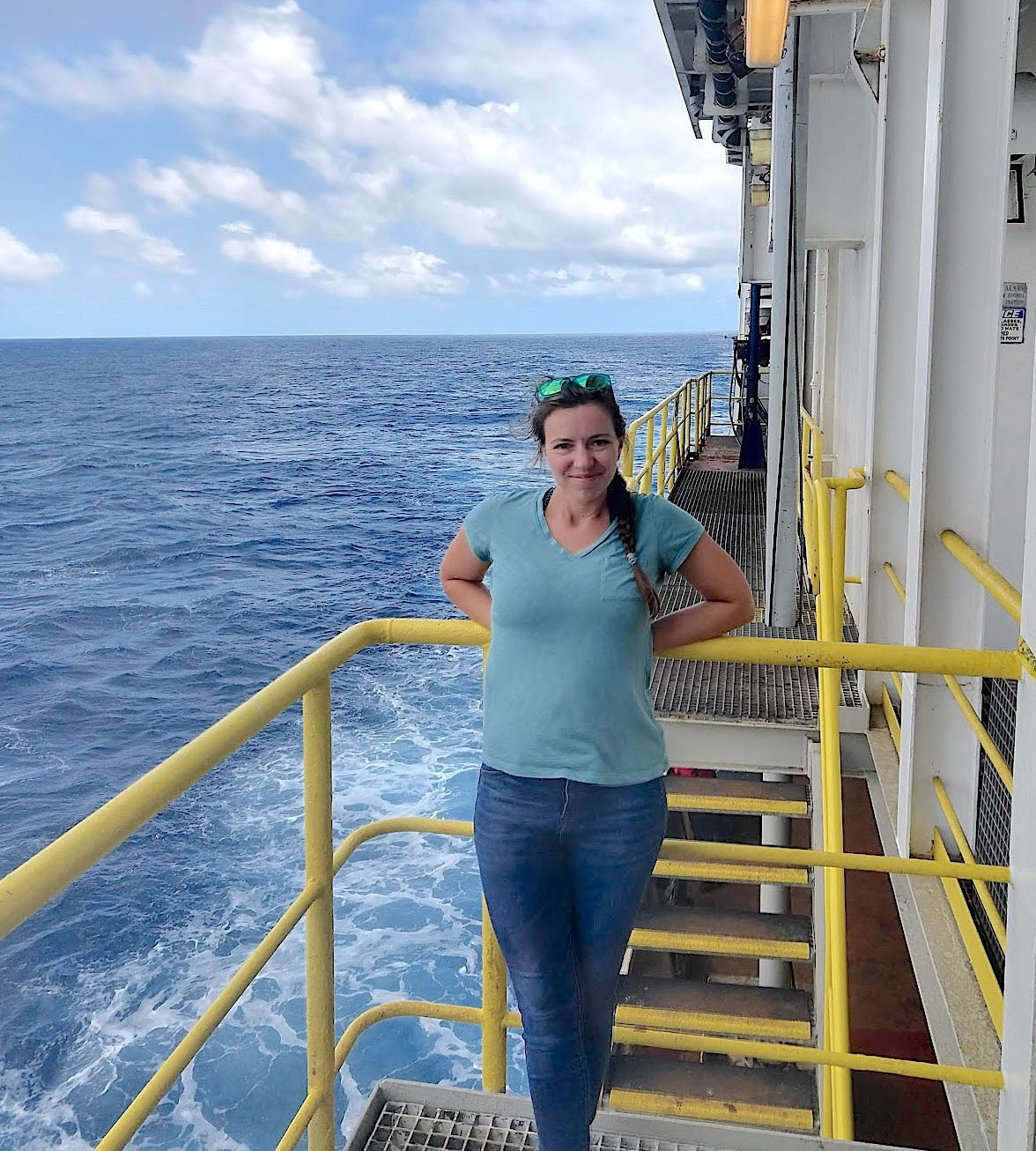 Oct. 22, 2020 — Most of us aren’t traveling much these days because of COVID-19, so the work of Emily Estes ’06 sounds like an exotic adventure. She’s the staff scientist aboard the research vessel R/V JOIDES Resolution, which recently launched a two-month geoscience expedition to the underwater Mid-Atlantic Ridge, the longest mountain range in the world. Estes spoke with NMH’s AP Environmental Science students in early October before the JOIDES Resolution left port in Kristiansand, Norway, to head thousands of miles south.

She explained how she’s working with engineers aboard the vessel to drill holes and install large industrial pipes in the Earth’s crust at several sites in the south Atlantic. She’ll return on a subsequent expedition with scientists from all over the world to extract “core” samples, and study how the Earth’s crust has aged: what chemical reactions have happened between the ocean and the rock; what elements, and how much of them, have been released from the rock into the seawater and what elements have been absorbed from the water into the rock.

“It’s a way of going back through time,” Estes told the students and their teacher, Becca Malloy, who was her teacher more than a decade ago. “The samples we’ll collect are like a record of the Earth’s history, and we can reconstruct things like how hot the Earth was, or what the salinity of the ocean was. This gives us insight into how the climate has changed.”

Before Estes earned a Ph.D. in chemical oceanography, she studied heavy metal contamination — when lead shows up in soil, for example. “There’s an immediate response” to that kind of research, she told the students; scientists can advise people to not plant vegetable gardens in that kind of soil. The paleo-climate research she’s involved with now — how the earth responds to change, and how quickly it responds — is different. “Your contribution is on a much longer scale,” she said.

When it came time for questions, the students asked Estes about the drilling process, the scientific research, the path she took to get to her job. Then, in proper teenage fashion, they asked about the food on the ship. The JOIDES Resolution is big for a research vessel, with 130 people on board; that means “there’s always a diversity of food,” Estes said. “Every Saturday, there’s chocolate lava cake. So I’m pretty happy.”