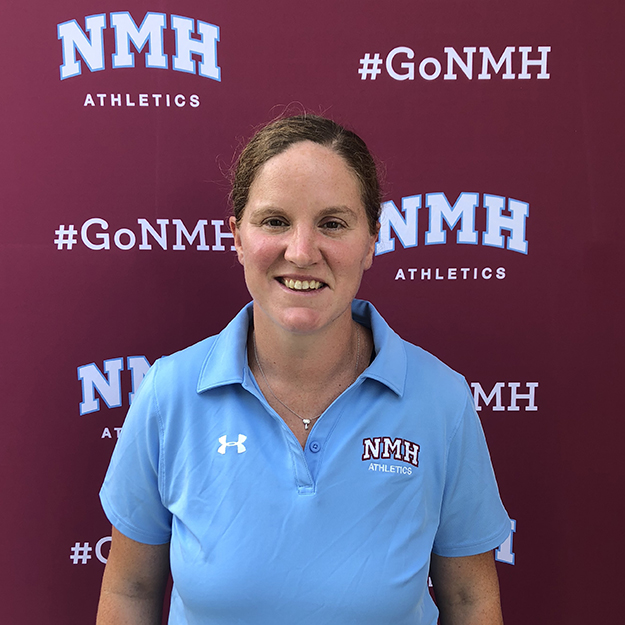 Northfield Mount Hermon Athletics is excited to welcome new girls' varsity ice hockey head coach, Jessica Tabb Wood. Tabb Wood takes over the NMH girls' hockey program with national team, professional, NCAA, prep-school, club team, and high school experience.
From 1997 to 2005, Tabb Wood was a USA hockey festival invitee and a member of U22 and Four Nations teams, ultimately resulting in her selection for the US Women’s National Team. After college, she played for the Toronto Aeros in the NWHL, where she was assistant captain (2003–2005) and helped lead her team to two NWHL Championship titles (2001–02 and 2004–05). At Providence College, she was ECAC rookie of the year (1997–98), assistant captain (1999-2000), captain (2000-2001), and Providence College female athlete of the year (2000–01). From 2008 to 2011, she was appointed head coach at Cathedral High School, where she started the girls’ ice hockey program and led her team to the playoffs in multiple seasons. In 2005, she coached the Springfield Jr. Pics U16 and U18 teams. Tabb Wood played her prep hockey at Tabor Academy. Since 2000, Tabb Wood has been a coach with Dynamic Skating and Pride Hockey.
Powered by Finalsite