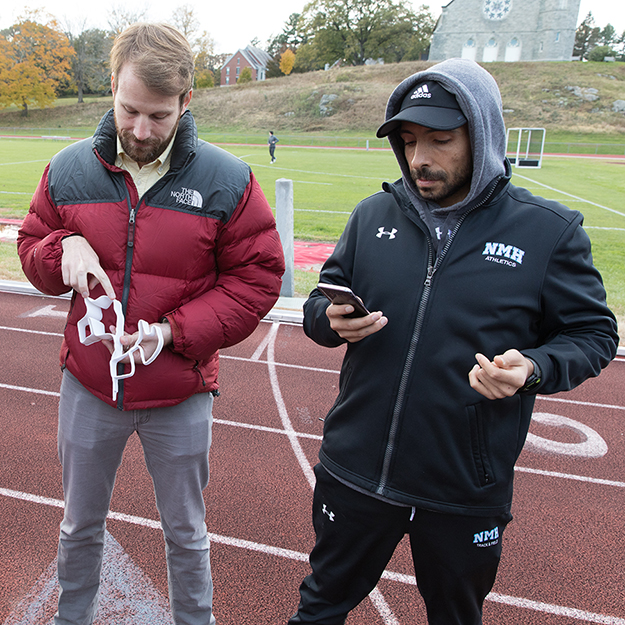 When NMH runners gather at the starting line of a cross-country race, they’re prepared. They’ve trained hard, but they’re also primed with a secret weapon of sorts — a piece of plastic.

It’s not just any piece of plastic. Before each race, team members study a three-dimensional model of the course they’re about to run. So even if the competitors have never been to an opponent’s school, they’ve previewed every straightaway, curve, and hill.

NMH Science Teacher Andy Corwin discovered a way to print a three-dimensional model of a course, using the data gathered when someone runs, walks, or bikes a route with a GPS watch. When Math Teacher and Cross Country and Track Coach Will Reid heard this, he gathered the GPS data from people who had run all the cross-country courses in NMH’s league. “Then I removed the elevation data from the GPS files (because they are notoriously unreliable) and replaced it with better, publicly available data from the U.S. Geological Survey,” Reid explains. Math Teacher David Warren fed the information into a 3D printer to create a plastic representation of every course the team races this season.

“Ultimately, these models allow us to visualize the course as we discuss race strategy,” Reid says.

In this video, Grant Gonzalez, head boys’ varsity cross-country coach, previews a course with his runners, while Reid indicates on the model the sections Gonzalez is describing.