Athlete of the Week: Girls' Rowing 4+ Places 2nd at Head of the Charles 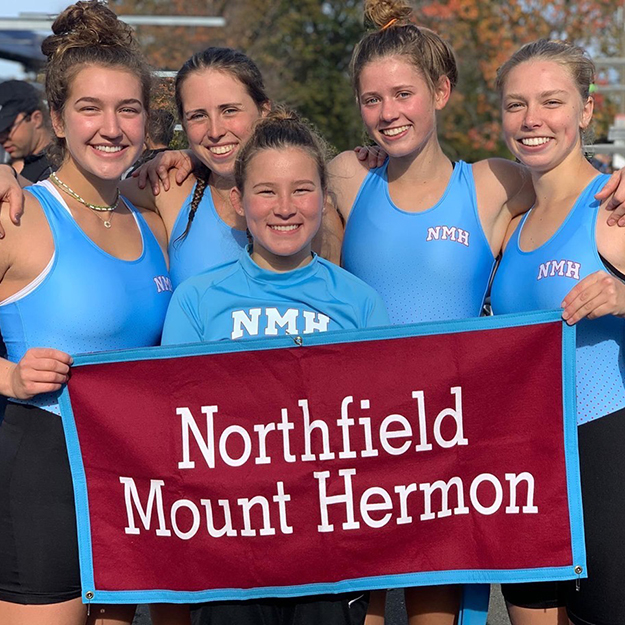 Girls' Rowing 4+ Places 2nd at Head of the Charles
Oct. 22nd, 2019
The NMH girls' rowing 4+ placed 2nd out of 85 crews in the Women's Youth 4+ at the Head of the Charles. We attribute the crew's success to the efforts of the entire team. Everyone from novices to four year returners has been steadily improving. The force of the team pushed the girls 4+ down the course.
Coxswain Thalia Hardman '21 lead the crew down the course taking command of turns and other crews. Her aggressive course shaved several seconds off her crew's time. Stroke and Boston University commit Lena Smalla '20 established a powerful, aggressive rhythm early in the race. Brown University commit Eliza Atwood '20 backed Lena up in 3 seat. UMass commit Katie Gatza '20 and Bente Bechtold '20 added power in bow.
We're proud of the focused, brave race the girls' 4+ executed at the Head of the Charles. They represented their team and school well. We're excited to start our winter training on a high note.