A century after World War I came to a grueling and deadly end, NMH remembers alumni who served.

When news broke that an armistice had ended World War I, crowds across Europe and America cheered, popped champagne corks, and danced in the streets. But for many at the front, there was only eerie silence when the gunfire ceased on Nov. 11, 1918. Eyewitnesses said weary soldiers doubted that the peace would hold. But it did. Four long years of muddy, bloody battle had cost some nine million lives. Sixty-nine of the dead had attended Mount Hermon.

At 6 am on Nov. 11, 2018 — exactly one century after the armistice — a small troupe of NMH bagpipers played “The Battle’s Over” in memory of all who lost their lives in the war. They were joining close to 1,000 pipers around the world that day — all playing at 6 am — in the Scottish tune traditionally used to march soldiers back to barracks at the end of the day.

NMH performing arts teacher Steve Bathory-Peeler P’20 and his protégée Megan Pei Ying Liao ’19, in full piping regalia, played the tune at NMH’s Memorial Grove. The stand of 69 white pines was planted on Memorial Day 1928 by the graduating seniors to honor “Mount Hermon men who gave the last full measure of devotion,” as a plaque in the nearby chapel states.

The trees have grown from saplings to living sentinels that tower over those who enjoy their cool shade in summer or go there for a quiet moment to ponder the past. Bathory-Peeler has spent time in the grove, set between the head of school’s home and the health center, and says, “it’s very moving to be there.”

Since few on campus were awake at 6 am that Sunday, Nov. 11 — at least until the bagpipers struck up their rousing tune — a second campus gathering took place later that day. Memorial Chapel’s bells tolled once for each of the Mount Hermon dead, and their names were read aloud.

The simple yet powerful bagpipe tribute was especially meaningful, since bagpipers were often the first out of the trenches during World War I. Playing loudly, unarmed pipers were an easy target for enemy fire, and an estimated 500 died that way in the Great War.

The simple yet powerful bagpipe tribute was especially meaningful, since bagpipers were often the first out of the trenches during World War I. Playing loudly, they were an easy target for enemy fire, and an estimated 500 died that way in the Great War.

NMH’s commemoration had its origins more than a year ago. In the summer of 2017, Bathory-Peeler was studying at the College of Piping in Glasgow, Scotland, when he heard about the worldwide “Battle’s Over” plan. He quickly connected the dots from his own interest in piping to NMH’s Memorial Grove and the plaque in the chapel. “Clearly this mattered to the school,” he thought. “We should do something.”

Back at NMH, Bathory-Peeler asked archivist Peter Weis ’78, P’13 about the Mount Hermon men who died in the war. Though it was no small feat, Weis unearthed the school files of all 69 men, and those of others who served and survived. Among the academic records were original letters the soldiers had sent to the school.

Bathory-Peeler, who directs NMH’s orchestra, knew that student violinist Mary Wells ’18 was interested in history, and he connected her with Weis. She delved into the World War I files as a workjob project, which dovetailed perfectly with her European history course. [See sidebar for more about Wells’s experience.] As she read, made notes, and organized, the war became less and less abstract, and she started thinking that recognizing the soldiers’ sacrifice “is our responsibility as students and teachers.” 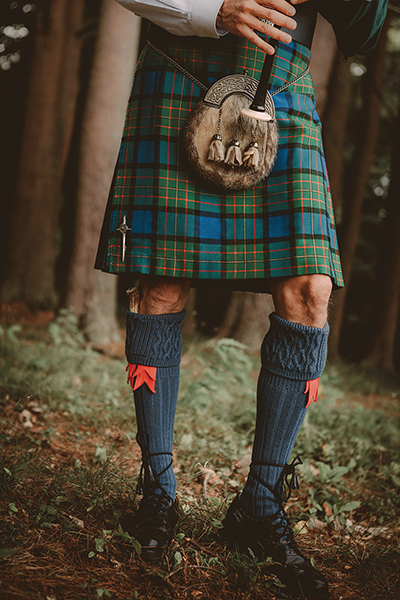 She saw individual lives emerging in the letters, most of which were addressed to then headmaster Henry Cutler. Harry Fittus operated a transport ship in the English Channel. Paul Beeben drove an ambulance to and from the front lines. Some men who died had been current Mount Hermon students who put their education on hold to enlist in the Army and Navy. Some were alumni who had left college or jobs to become soldiers. Others had helped the war effort as civilians, through the YMCA, the Red Cross, and the Salvation Army, and as assistants in the War Department in Washington. One archival document counted 1,469 Mount Hermon-connected people who served.

Northfield women also supported the war effort. Many were nurses or did relief work, according to Weis. Florence Marshall, class of 1895, was head of the Woman’s Bureau of the Red Cross. “When the U.S. entered the war and pledged her men to stand with the Allies … the women of the country were equally pledged,” she wrote in 1918.

Wells found common ground with the soldiers she was reading about. “They’d talk about living in Crossley, about being in the chapel, about speakers who came, about Mountain Day,” she says. “This was 100 years ago! It must have been so different, but somehow it’s also the same.”

A few letters from enlistees vividly conveyed the horrors of war. Carroll Hodges wrote of being in several “shows” (battles). “The conditions, by which I mean the weather and mud, were terrible,” he wrote. “The enemy appeared to have been waiting for this attack, so that no sooner than our barrage started than the Hun laid a heavy barrage on our area.” Portions of this letter were erased, presumably by a military censor.

Harry Fittus dodged mines as his ship ran troops from Southampton, England, to French ports “in the dark, still hours of the nights.” One letter noted his pride at carrying “so many troops so safely across the seas, especially on uncanny ‘junk boxes’ like this present ship. It is a habit of hers to break down in the danger zone.”

Paul Beeben escaped shelling as he drove his ambulance. “Our work is rather strenuous,” he wrote. “Sometimes things occur which make me wonder if I’ll ever see you all again.”

But most of the letters were surprisingly upbeat. “In spite of the discomfort, there is a lot of real humor through it all,” Frank L. Howe wrote from Belgium. “On the road the other day, I met Cornelius Vanderbilt fixing a car, and in another camp, a millionaire eating beans out of a tin can.” Howe also said that he’d met the king of England.

The soldiers often thanked Cutler for their time at Mount Hermon, and asked him to let current students know how much their school experience would benefit them. One soldier wrote, “Whenever any of the [Mount Hermon] boys complain of your strict rules, you may tell them they had better try the Army. The two things in my life that I shall always be proud of is, first, that I am a soldier in my country’s service, and second, that I am a Mount Hermon man.”

While reading the letters, Weis said he was struck by “the love that former students felt for this place.” That was clear in thank-you notes sent to Cutler after the school mailed a slice of Christmas fruitcake to every Mount Hermon-related serviceman they knew of in December 1917. “As usual, you and the School are trying to cheer up us boys who are away from home,” Sgt. Paul Buck wrote. Weis says, “That slice of fruitcake was a Proustian thing that reminded them of the school.”

Wells also noted that it was “obvious how much the school and the students cared about each other.” Buck’s letter continued, “I remember only too well how you did everything possible for our happiness at the School on the Christmas of 1913, when I spent my first Christmas away from home.” In France, surrounded by soldiers and strangers, Buck always managed to find “Hermon boys,” he wrote. “We have always tried to carry the ideals of the school with us, and where ever [sic] we have been, we have tried to do our best to help bring a lasting peace for the entire world.”

It was to commemorate men like Buck that NMH pipers played in Memorial Grove on Nov. 11. Those pine trees stand today in silent tribute, their thick trunks testifying to the many years that have elapsed since the armistice. “Watching the passage of time through the growth of a tree is a powerful experience,” notes Bathory-Peeler. “If we stop and listen, we can hear history.”

That’s what Mount Hermon students who fought in World War I said over and over in letters they wrote to the school and the headmaster in 1917 and 1918.

It was my job to read those letters. Partway through my senior year, NMH archivist Peter Weis and my music teacher Steve Bathory-Peeler asked me if I was interested in a workjob sorting through the files of the 69 Mount Hermon students who died in the war. I love history, so to me nothing could beat reading hundreds of first-person war accounts — by people who were once a lot like me. This was the ultimate primary source.

I started working in the library four hours a week, reading through those 69 files, then all the World War I military files, looking for anything interesting — which almost everything was. I especially loved the fruitcake letters. In December 1917, Mount Hermon headmaster Henry Cutler and the dining services staff sent a piece of “West Hall Christmas cake,” aka fruitcake, to all alumni participating in the war overseas. Cutler received almost 50 thank-you letters in return. The nostalgia and gratitude that these students felt for Mount Hermon made me feel grateful to be an NMH student.

The library became a time machine for me. Even though I sometimes struggled to read the students’ beautiful cursive handwriting, I got so entranced that I began to forget how historical the letters were. It was like I was with these young men in Belgium, or France, or even on the home front. One of my teachers asked me if it was weird to hold something that was over 100 years old in my hands. Yes, it was. It was surreal. The traumas that these students faced — I couldn’t believe that bravery like theirs existed. One student wrote about a horrific night spent moving through trenches, worrying the whole time that it might be the end of his life; another wrote about sailing around the world and the yellow fever that broke out on his ship near South Africa. Many others wrote about their memories of Mount Hermon, such as going sledding with Professor Cutler, and how they longed for that feeling of safety again.

All these letters reminded me how much there is to love about NMH, and how lucky we all are. A bust of Professor Cutler resides in our science building, which is named after him. After seeing how much the World War I Mount Hermon students wanted to thank him, I couldn’t help but start thanking him myself, on my way to class every morning.